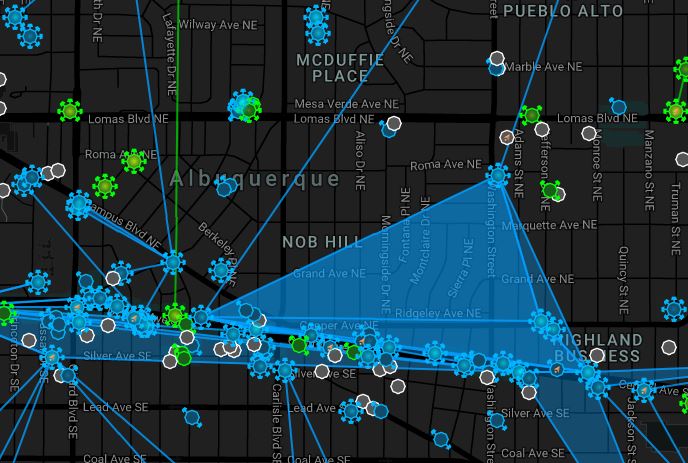 Ingress is a GPS-based augmented reality mobile video game created by Niantic Labs.  It was first released for Android users in November of 2012 and became available for iOS users in July of 2014.  Niantic is releasing an overhaul of Ingress sometime in 2018 which will be called Ingress Prime.

The game is made up of two factions — the Resistance (blue), and the Enlightened (green).  These factions battle over control of “portals” in a capture-the-flag style game.  Portals are real-life locations which include parks, statues, pubs, murals, historical markers, places of worship, monuments, and many other interesting landmarks and works of art.  Players must be physically near the portal location in order to perform game actions such as hacking and capturing portals, firing weapons, deploying mods on a portal, or linking two portals together.

Ingress can be a complex game with many strategic components and often requires in-person teamwork.  If you are new to Ingress, click here to view some infographic lessons about the game and sign up here to join our online community where you will be able to get one-on-one help and meet up with local agents for both social events (meetups) and strategic operations.